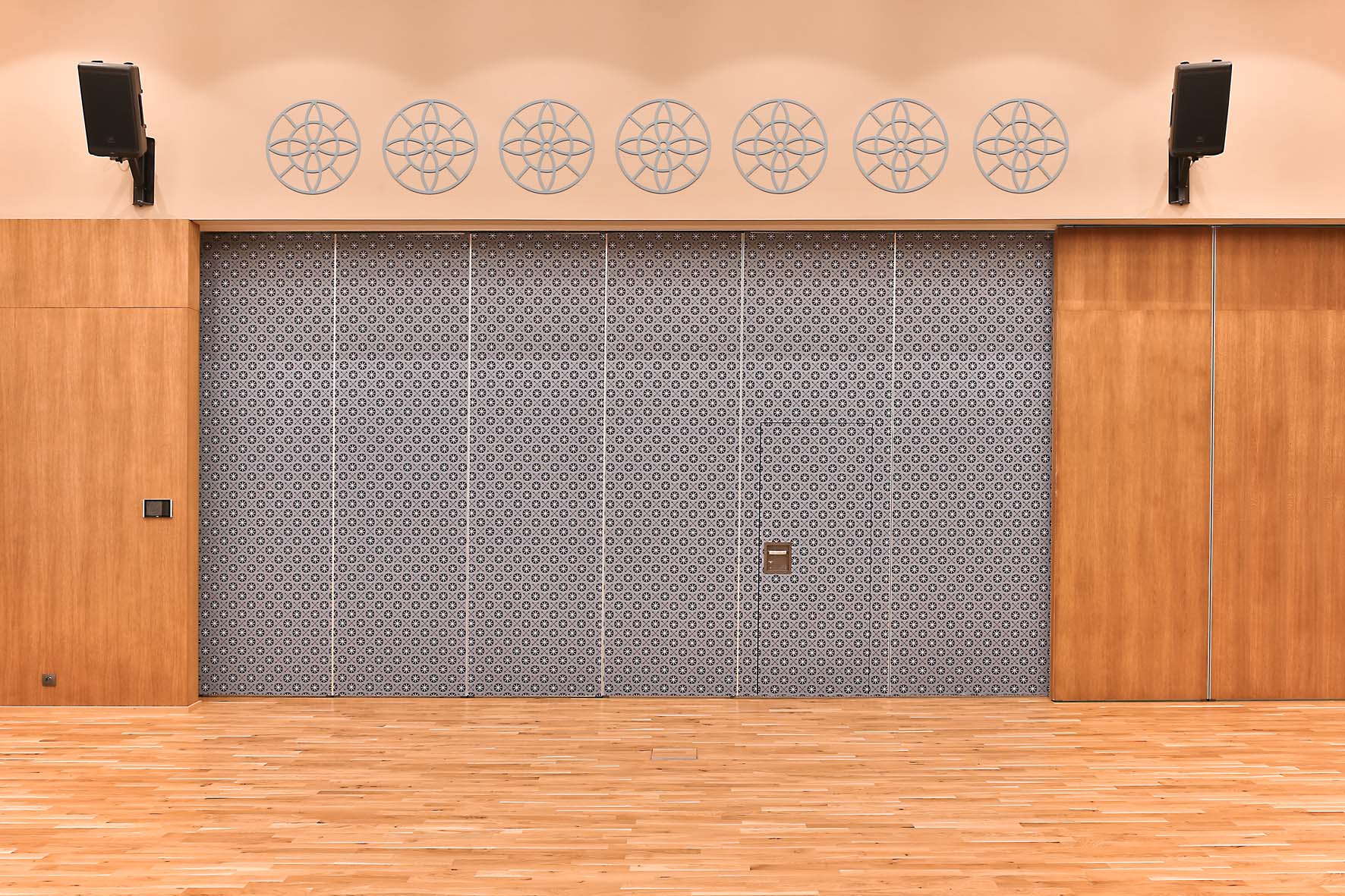 The author of the space design in the J. K. Tyl Theater in Červený Kostelec is Ing. arch. Jiří Dařbuján from D.A.D. STUDIO in Hradec Králové. Thanks to our sliding LIKO-Space walls, the interior can be easily adapted to the three main functions of the hall.
The space is used for various ocasions, such as a small theater hall with facilities for performers, club and a dance hall, a lecture hall with a film screening, a lounge, a hall for meetings of the city council and an open hall. The maximum capacity is 100 seats.

The main variants of the hall layout:

The basic idea of ​​the hall was to create the illusion of a classical à l'italienne theater (1) - a stage in the middle of the portals on the sides, while the rectangular floor plan of the hall is disturbed on the left by a floor plan, which also defines the space for the stage. This part of the bounce is provided with veneered cladding towards the hall to the height of the lintel above the podium.
On the right side, it was necessary to complete this portal, and here we have the movable walls in action. Symmetrical to the axis of the hall, two sliding panels are placed with the same veneer as on the wall cladding on the left, thus creating the right side of the portal. Behind these panels, there is space for the background of the performers, which is again separated from the stage by movable walls. There is a door in the end panel at the back of the stage. In this case, the panels are covered with wallpaper. This placement of the sliding panels will create three auditorium spaces, a podium, a background for the podium (or a furniture store).

By moving the sliding partition to the place of the curtain, a lounge and a hall (2) will be created. 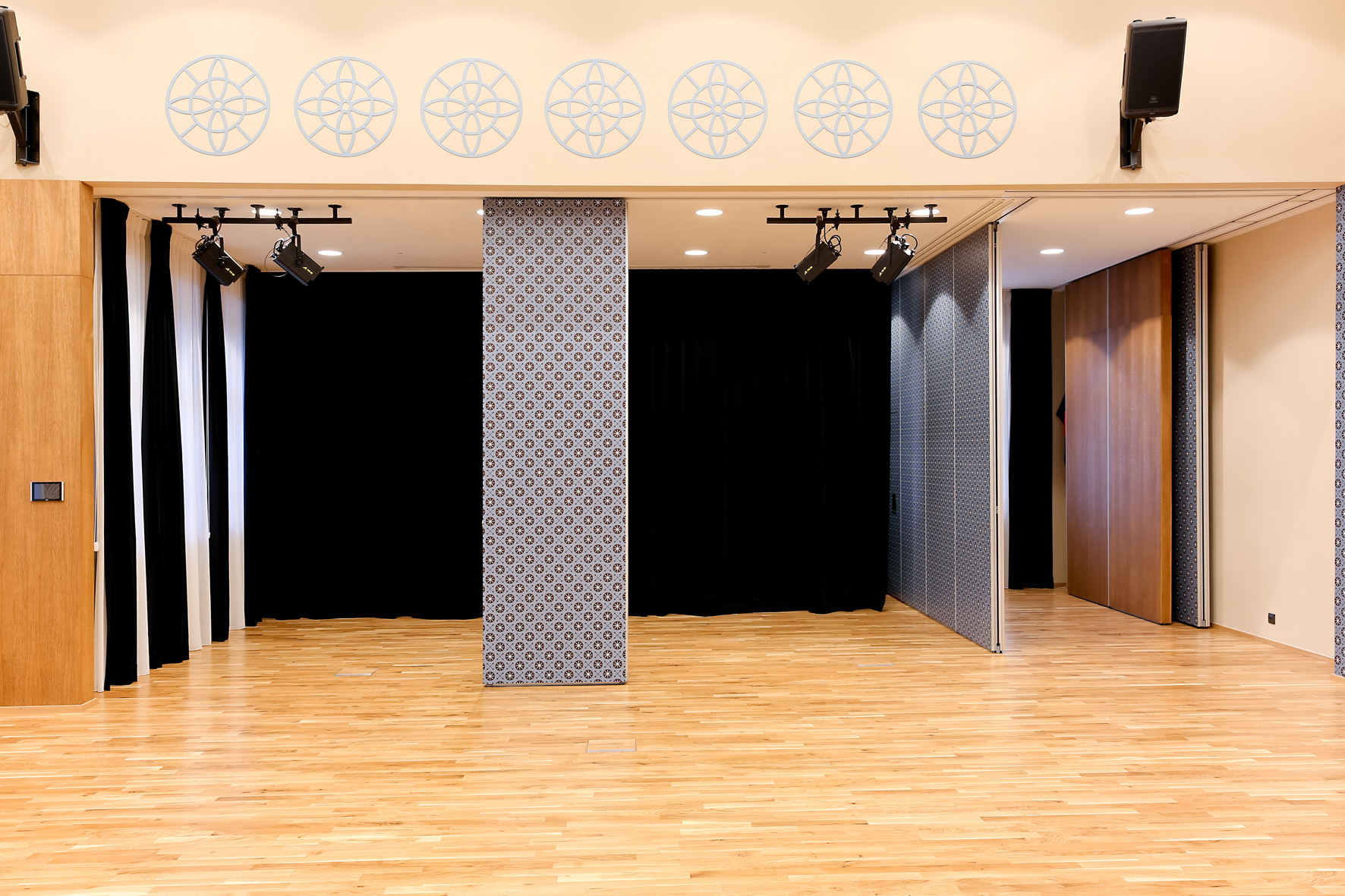 By moving and parking all the sliding panels along the right side wall, the whole floor plan is cleaned and one hall is created - complaetely open space (3). To park the panels, a niche is used in the right side wall, in which the veneered panels of the side portal are placed, which are then covered with "curtain" panels coated with the same wallpaper (Lavmi) as the side wall of the hall and thus creates a natural continuation of this wall.

The goal of all positions of the LIKO-Space sliding walls was to create individual spaces in which all the perimeter walls will be visually full. The space of the stage is then complemented by a system of various sliding hinges, horizons and other side portals. 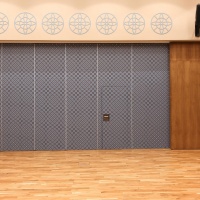 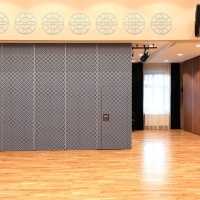 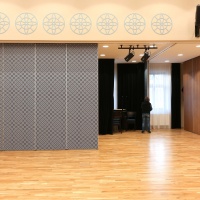 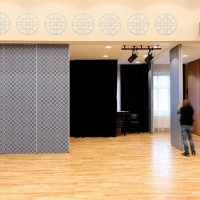 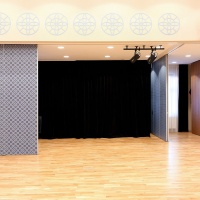 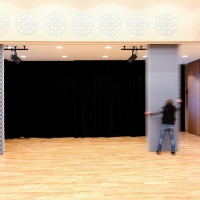 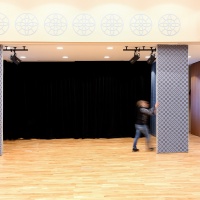 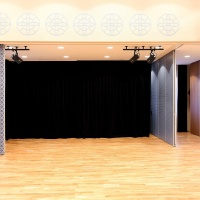 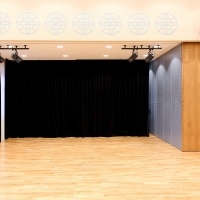 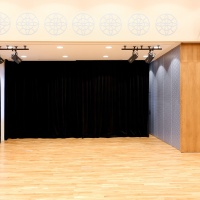 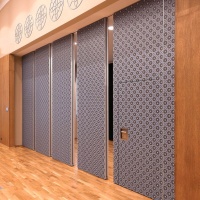 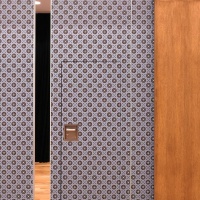 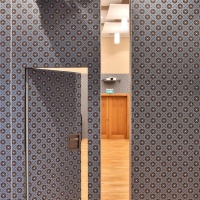 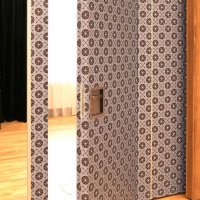 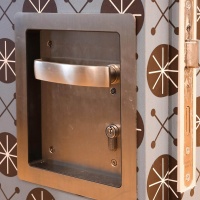