The solution of the Erste Group IT offices in Bratislava was designed by Architekti Šebo Lichý based on the client's requirements and the requirements of IT employees. Originally large and noisy open space has been replaced by several smaller workspaces, which are largely created by our glass partitions Omega and MICRA I. The movable wall LIKO-Space can be used to separate a larger meeting room and a relaxation zone as needed.

In order not to create a corridor effect, the meeting rooms of the main road are open and can be separated from the hall by thin curtains that visually enclose the space, but at the same time it is possible to perceive its depth.

The dominant color of the whole interior is black, which is used not only on the floor, but passes through the walls to the plasterboard ceiling itself. There were several reasons for its use to this extent. The main reason was to dampen excessive sunlight, which passes through the glass facade, and while working the computer blinds had to be constantly closed. On the other hand, it allows the distinctive colors of chillout zones and offices speak out and give each part its own color identity. Illuminated green walls also emerge from the black interior, bringing greenery to the office environment in the form of flower pots placed on a vertical steel structure. 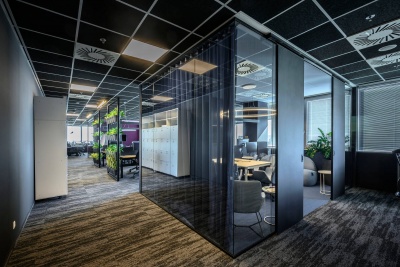 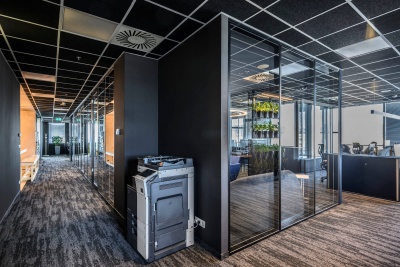 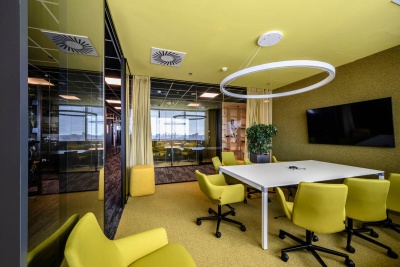 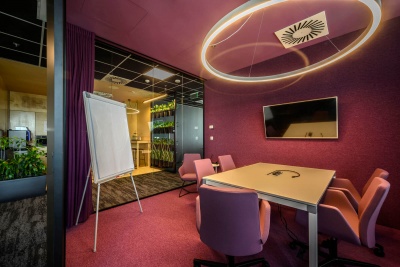 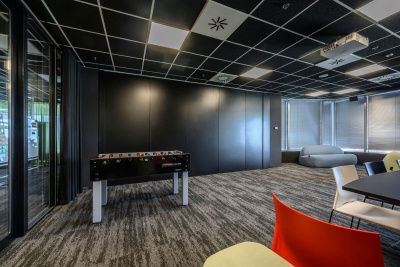 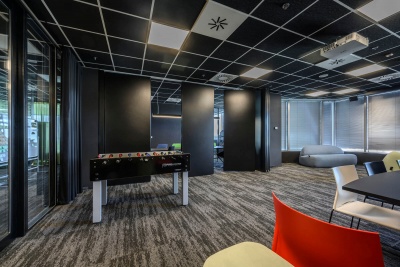 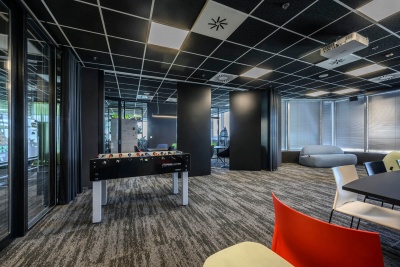 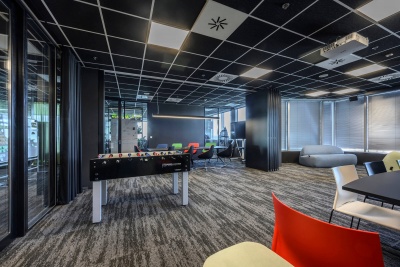 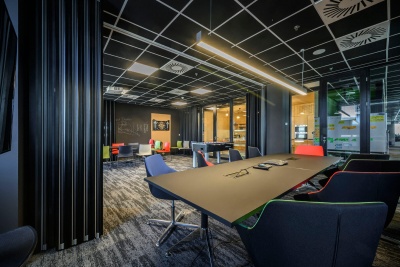 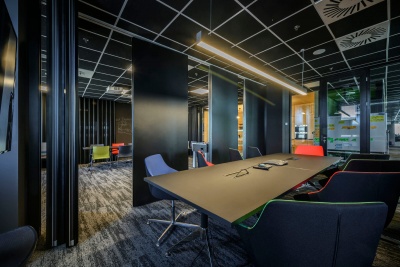 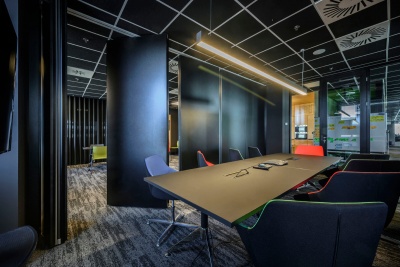 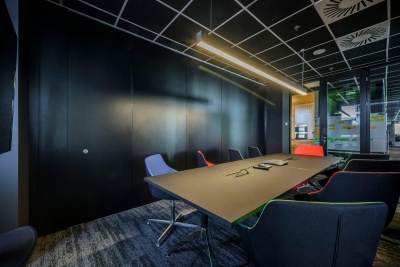 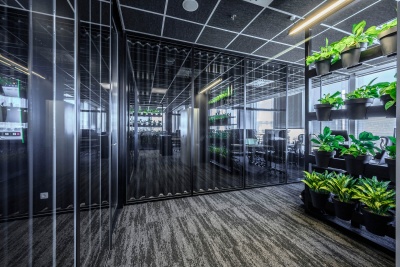 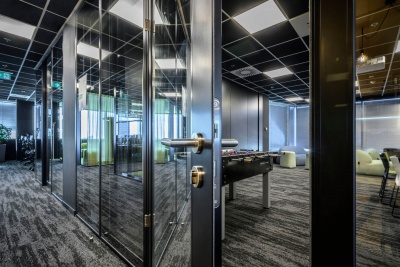 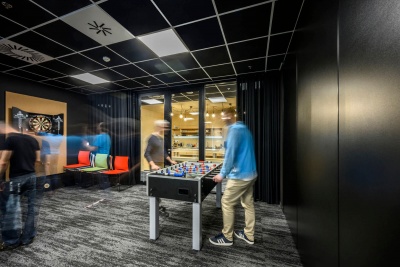 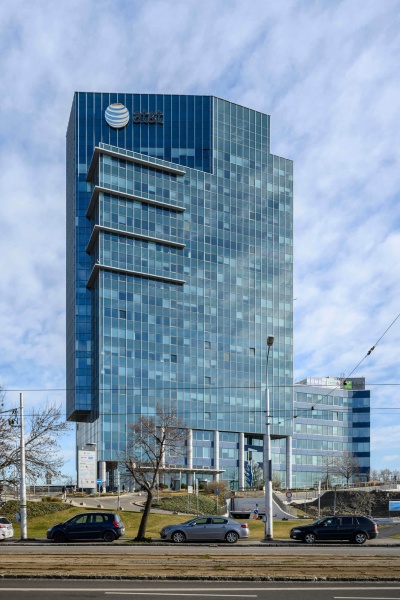