Futuristic interior with a single idea 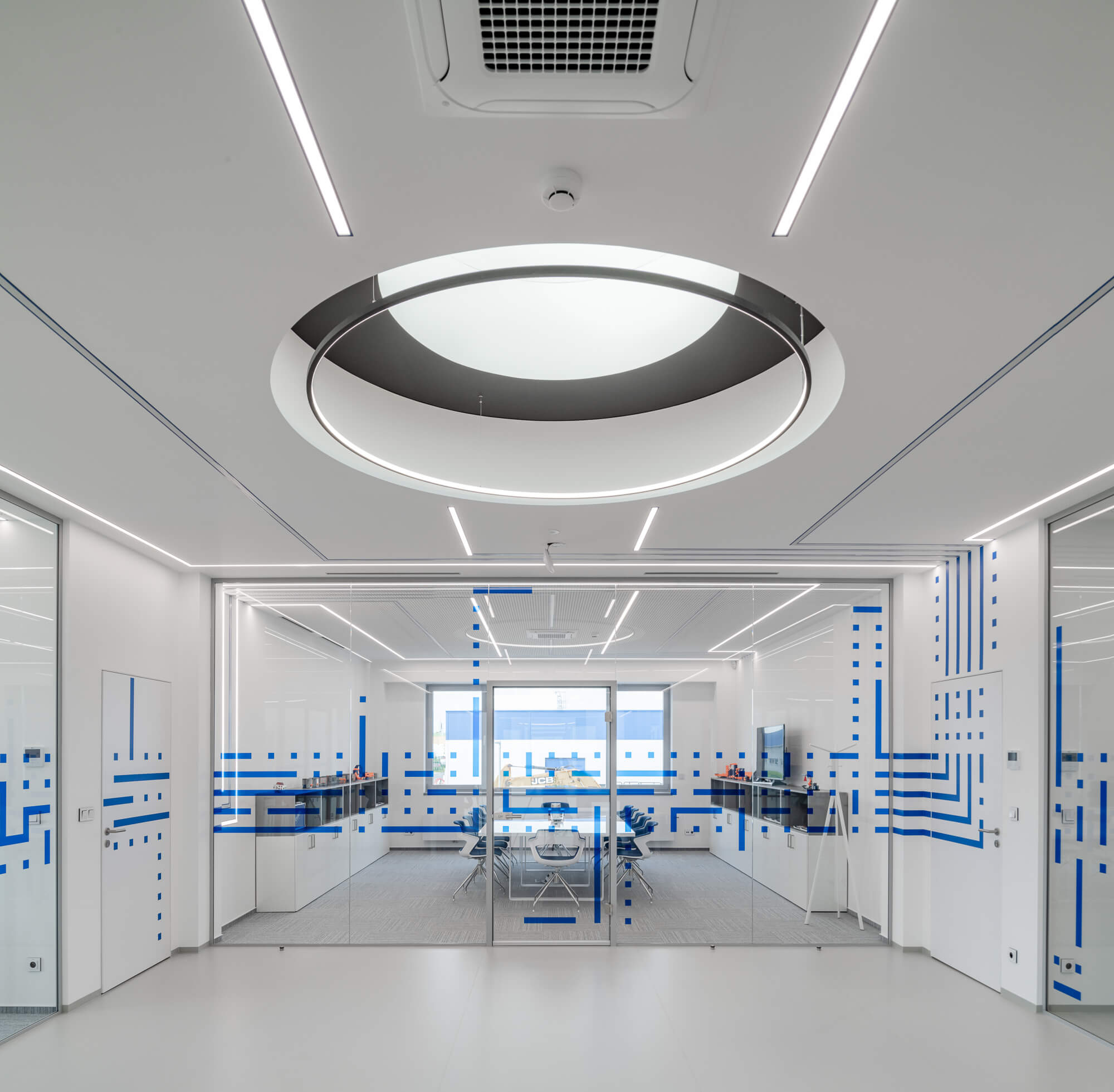 Ing. architect David Jansík from Prague's Atelier 6 decided to create an interior with a timeless and almost futuristic design. "We had a number of functionally different spaces in the building that we needed to separate, but at the same time it was desirable to allow employees to see and meet each other. LIKO-S systems were the ideal tool to achieve this,” the author described his project proposal.

The selected systems adequately illuminate and aerate the premises. The resulting interior is modern, aesthetically appealing and at the same time fully functional, as it allows for mutual social interaction between employees. "We used MICRA I all-glass interior partitions in offices, LIKO-Space mobile acoustic glazed walls in training rooms and we separated the service workshop in the warehouse hall with the inLIKO system," added Ing. Jansík.

The resulting space is accompanied and connected by a single idea – a printed circuit transcribed into the ceilings in the form of lines of atypical LED lights changing on the walls and thus on the stickers of the glass partitions. The sober color scheme of the interior is enhanced only by the colored lines of light enhanced by the mirroring in the glass partitions of the offices and the high-gloss surfaces of the furniture.

Learn more about MICRA I 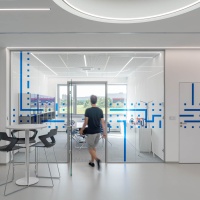 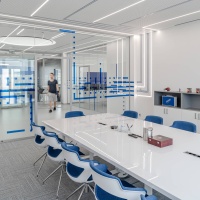 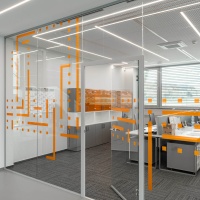 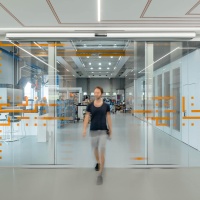 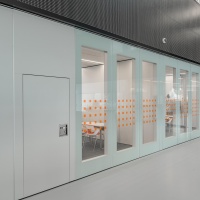 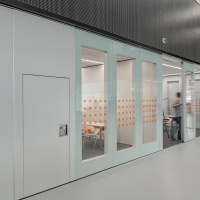 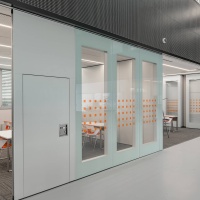 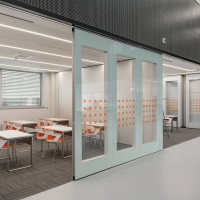 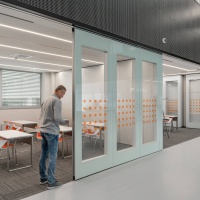 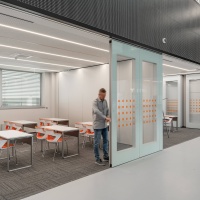 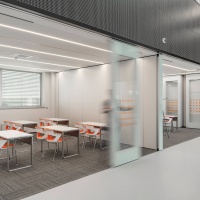 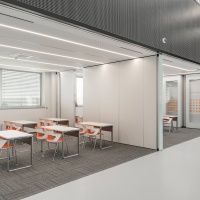 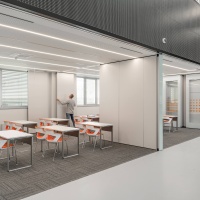 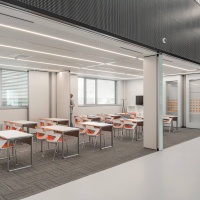 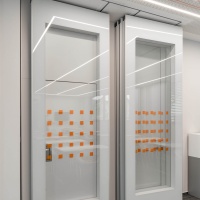 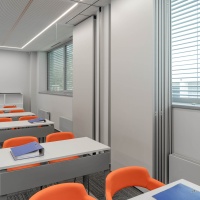