Colorful elements of enlarged photo motifs as part of the interior 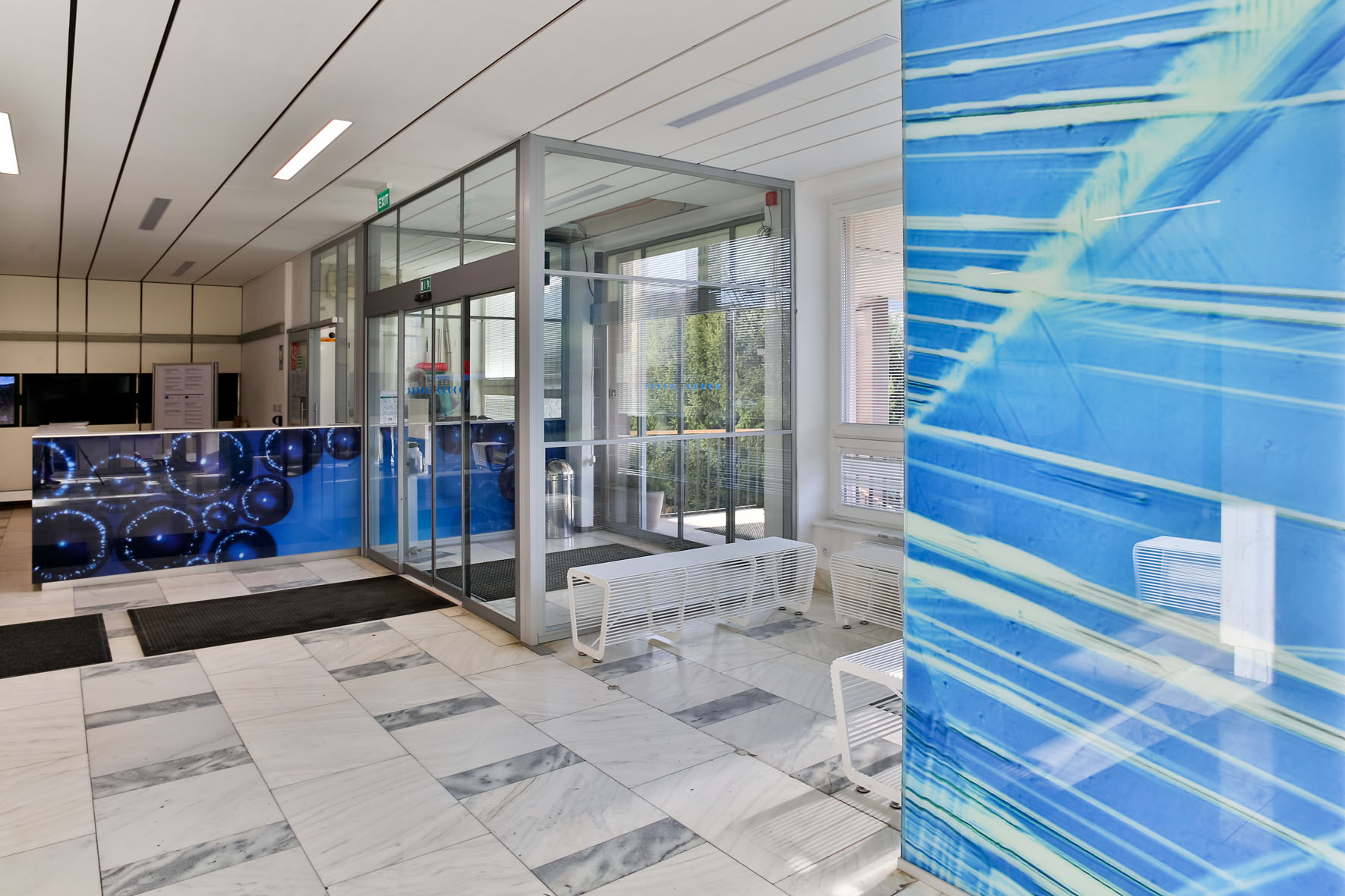 By assigning an investor for the reconstruction of the entrance areas and spaces used by the public in the building of the Institute of Physics of the Academy of Sciences of the Czech Republic in Prague, it was above all to return them to a level corresponding to the importance of the institution. The author of the architectural design is Ing. arch. Karel Moudrý and co-author Ing. architect Martin Rezek from the Prague studio Anta.

The solution respects the original spaces, aesthetically improves them and fills them with new functions with respect to the public. The basic priority was to illuminate, clarify, visually simplify and connect the spaces so that they create a unified impression.

The originally intended glass walls were subsequently enhanced with LIKO-Glass color accents used for several selected parts of the walls and a new reception desk. It is interesting that the described color elements also present the activities of the Institute of Physics, because motives of photographs such as structures of various materials taken with a supermicroscope with huge magnification, supplied directly by the Institute of Physics as products of its activities and selected only the most suitable, correctly cropped and placed them to concrete positions.

Another, originally unplanned system is the LIKO-Space movable wall located between the lecture hall and the foyer, which fully meets the demanding requirements for size, flexibility, acoustics and appearance. Opposite the main entrance, FIRA fire rated partitions are mounted on our recommendation. 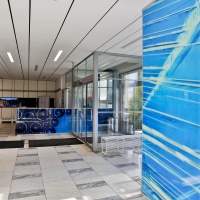 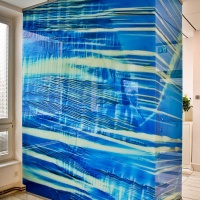 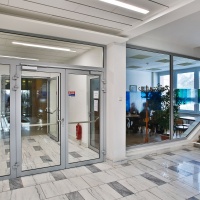 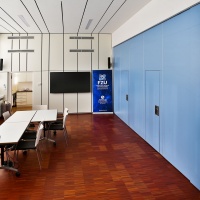 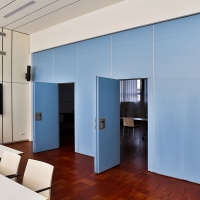 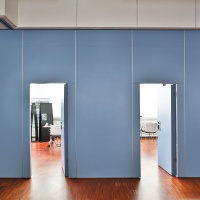 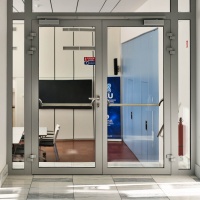 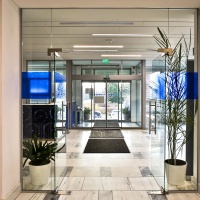